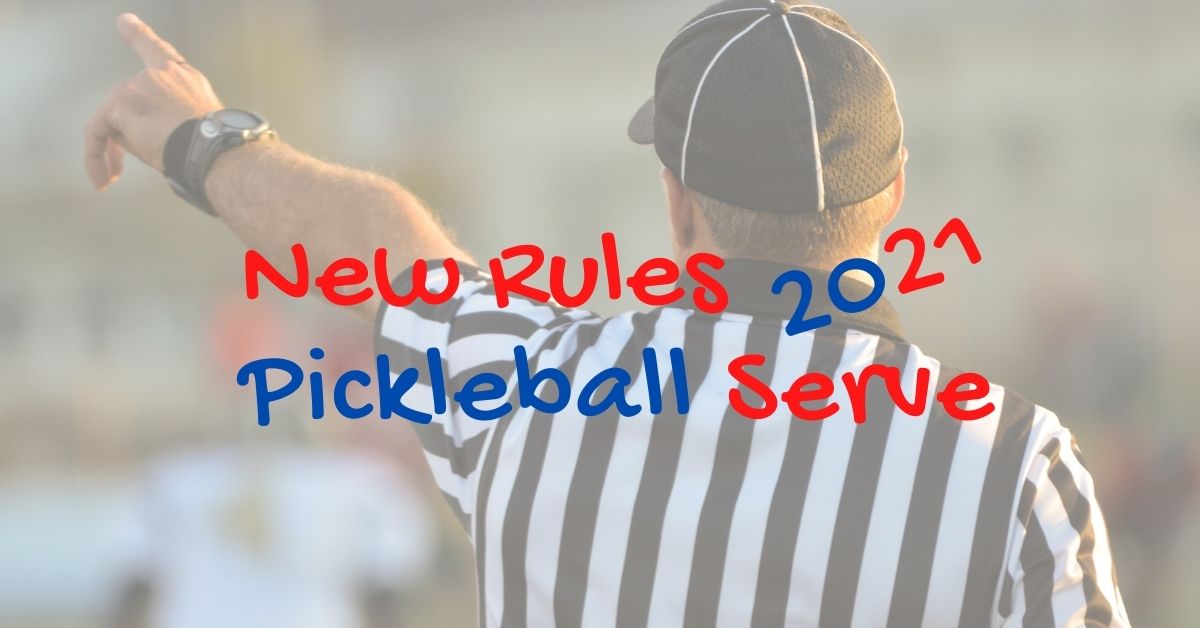 There is a new way to serve in pickleball.

Every year, USAPA revises and publishes new rules for the upcoming season.  While there are 125 rule revisions and updates in the 80+ page document, there are two new rules affecting the serve.

In pickleball, a let (doover) was called when the ball touched the net, but landed in play.  The server was allowed another attempt.

With the new rules, there are no more lets.  If the served ball lands in play with or without touching the net, the ball is in play.  In other words, let balls are now playable.

NOTE:  The “old” rules still apply, that is, you can still serve the way you are used to and you don’t have to change a thing, but the “drop serve” is being tested as a provisional rule for the upcoming season.

The new rule permits the server to simply serve the ball after dropping the ball and allowing it to bounce….once.

The ball must be dropped “unaided,” and can be done so from any height, but it can not be thrown down (to increase the bounce ) nor tossed out of your hand (to increase height).  See the video.

The ball may also be dropped, unaided, from the paddle itself, kind of a one handed serve.  You might choose to watch the video for a better understanding.

The standard rules for serving a pickleball are:

The drop serve obviates the standard rules for serving, that is, the rules don’t apply if you serve the ball after the pickleball bounces.

With this new provisional rule, once the ball bounces after a legal drop, you may hit the ball in any way you want.  This may create new ways to serve the ball.

We wish you a happy and safe holiday season.

Keep your game “below the net,”

NOTE: Thanks to Doug D. and Josh D. for the heads up!

The Kitchen | What is the NVZ?

Sorry, the comment form is closed at this time.